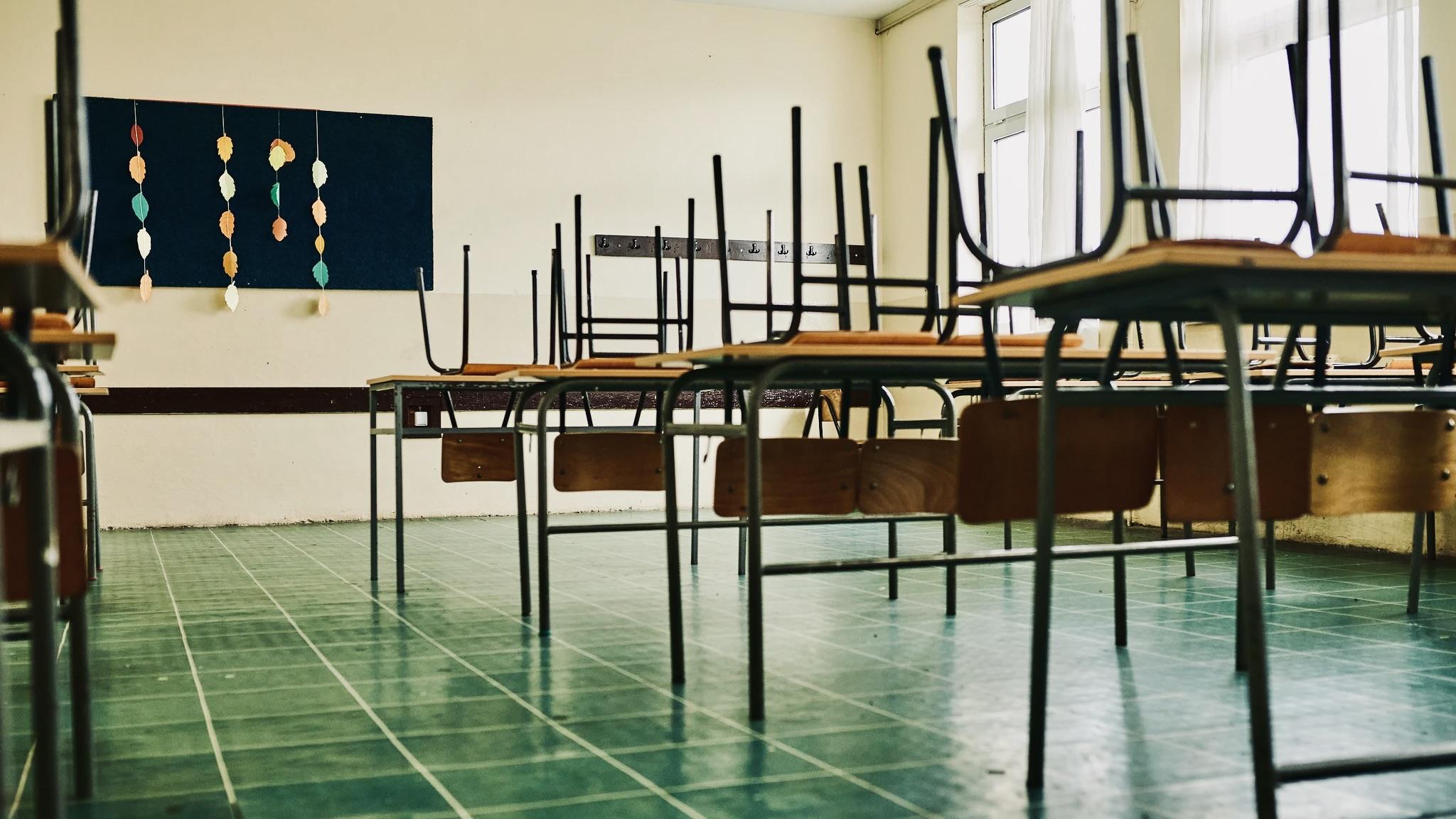 'Teens Take Charge' later walked back statement and claimed the walk-out was organized by students.

A purported student group called “Teens Take Charge” announced an action mirroring teachers’ union demands, saying New York City students would walk out of school on Tuesday to protest the lack of a “remote” option for teachers and students.

The group said, “Our partners at Students Break the Silence, PRESS NY, MORE-UFT Caucus, Student Success Network, & The YA-YA Network are organizing A STUDENT WALK-OUT!” MORE-UFT is a far-left faction of the United Federation of Teachers teachers union.

Thirty minutes later, Teens Take Charge sent a “corrected” announcement saying the walk-out was an organic movement by kids, not the list of special interest groups. “CORRECTION: The Student Walk Out is organized by a concerned group of New York City public school students, not any existing organization,” it said.

Thiviya Navarathnam, operations director for The Bell, a nonprofit behind the Teens Take Charge group, told The Daily Wire that “The original information on the partners was a miscommunication, pulled from this tweet from Students Break the Silence. However, our contacts at Students Break the Silence clarified after the email went out that the walk-out after is being organized by a group of students.”

MORE-UFT did not immediately return a request for comment on whether it had any role.

Teachers unions are increasingly alienated from parents and politicians of both parties as they seek to avoid showing up for work because of coronavirus fears. Remote learning has caused severe emotional problems and loss of learning, and it hits hardest for impoverished students who do not have parents who can stay home with them. President Joe Biden and his spokeswoman have said schools are not safe.

Related: Schools Got $130B To Re-Open. Some Of It Went To CRT. Now Many Are Closed.

But in children, unions may have found a group willing to make demands that mirror their workplace negotiations — even if skipping school causes them to fall even further behind academically. The student protest is similar to an action by MORE-UFT, which advertised a “Rally for Safety” on Monday to “demand” “Remote until January 18th.”

In Chicago, Democrat Mayor Lori Lightfoot angrily blasted the teachers union after it told teachers to refuse to report to work last week, causing schools to be shuttered. “I think the only way to read it is the union trying to politicize the pandemic,” she said.

If teachers have encouraged kids to skip school, it would not be the first time that supposedly organic groups in New York City have accidentally admitted to being cut-outs for more entrenched special interests.

In 2020, Mariam Nunberg, an activist and professional education consultant, wrote in an email to leftist activist groups that NYC Department of Education officials had asked the groups to drown out a parents’ group called PLACE which opposes the abolition of test-based admission to magnet schools. DOE could then cite the activist groups to say that it was merely responding to public opinion by abolishing the tests.

“DOE folks have reached out to many of these partners, asking our people to make more noise,” Nunberg wrote, before quickly adding for discretion saying “I’m writing to follow up with a request not to forward the full text of the email I sent, since it has come to my attention that it might be problematic for word to get out that the DOE is encouraging folks to make noise in response to PLACE.”

Nunberg’s son was a Teens Take Charge activist, despite attending one of the elite “screened schools” whose admissions process the activists view as racist.

Processing
Voice note recorded successfully
Record
Recording 00:00
Commenting has been turned off for this post.
Categories
Read More
Politics
Scottish Newspaper Asks Readers if ‘COVID Internment Camps’ Should be Introduced
One of Scotland’s largest newspapers is asking its readers if the country should follow...
By Maga News 2022-01-05 21:31:06 0 522
Politics
US science teacher arrested for vaccinating 17-year-old student
A New York school teacher with no formal medical qualification has been arrested for allegedly...
By Maga News 2022-01-05 20:28:29 0 637
Politics
Top Iranian General: Revenge For Soleimani Death To Happen ‘Within’ U.S., No One Will Forget What We Do
Iranian Revolutionary Guard Corps (IRGC) Brigadier General Esmail Ghaani, commander of of...
By Maga News 2022-01-09 16:32:42 1 739
Politics
Catholic University Hangs Painting Of George Floyd As Jesus Christ
Catholic University unveiled the painting at the conclusion of Columbus Law School’s Black...
By Maga News 2021-12-30 20:59:13 0 528
Politics
Alleged Antifa member targeted Florida rally with a bomb; more explosives found at his house
A man in black bloc behaving suspiciously near a right-wing rally outside the...
By Maga News 2022-01-08 18:53:18 4 701