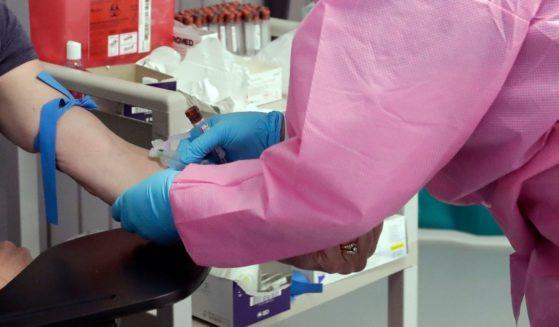 Until the advent of the WOKE culture, people who worked in the medical field would do everything possible to do no harm to their patients.

Things have changed though, as radical narcissists are now infiltrating all aspects of our culture. One of them, a student from Wake Forest University’s medical school, said she betrayed her Hippocratic oath because she was offended.

On Sunday, Shirlene Obuobi MD posted a tweet about “transphobia” in her line of work. According to Fox News, Obuobi is a Ghanaian-American physician and author, and she is firmly on the political left.

“My badge has had she/her pronouns for a year,” Obuobi wrote on Twitter. “I’m cis, & I wear it to help my patients & colleagues who fall under the trans umbrella feel a little more comfy. In the last few weeks, several cis patients have berated me for it.”

Many people responded to Obuobi’s tweet with their own stories about experiencing “transphobia.” Most of these supposedly horrifying stories would barely raise an eyebrow for many Americans, but if these people want to get worked about it, they have a right to their feelings.

What people do not have a right to do, however, is physically harm someone because they are offended at his “transphobia.” But that is exactly what Kychelle Del Rosario bragged about doing on Twitter.

Del Rosario is a fourth-year medical student at Wake Forest, Fox News reported. In a response to Obuobi’s tweet, Del Rosario shared what she did to a patient who questioned a pronoun pin she was wearing.
"I had a patient I was doing a blood draw on to see my pronoun pin and loudly laugh to the staff She/Her?'” Del Rosario wrote. Well of course it is! What other pronouns even are there? It?’ I missed his vein so he had to get stuck twice.” 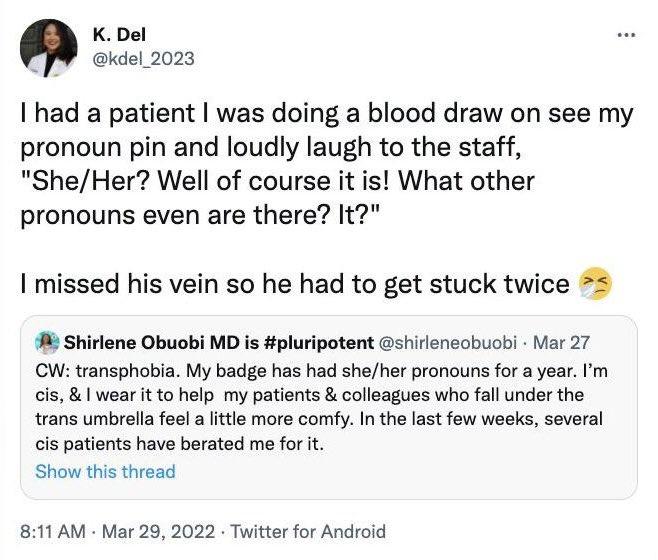 In response to the situation, Wake Forest School of Medicine wrote on Twitter it was “taking measures to address this with the student.” 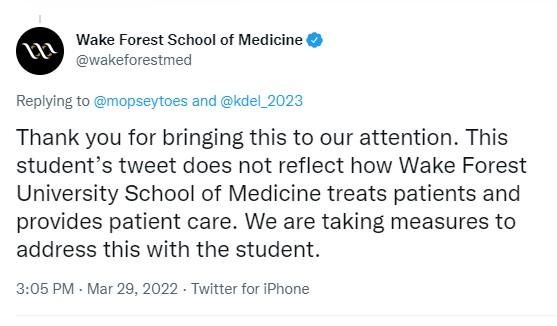 4
Processing
Voice note recorded successfully
Record
Recording 00:00
Commenting has been turned off for this post.
Categories
Read More
News
Supreme Court To Hear Lawsuit Over Football Coach Fired For Praying On Field. Was’ Just giving thanks to God’
As the United States struggles through Joe Biden's failing presidency, the idea that "elections...
By Eric Thompson 2022-01-19 23:57:45 1 735
Politics
NYT Editor Gets Booster Shot Dies The Next Day
"A New York Times editor who worked on Pulitzer-winning pandemic coverage has died of a heart...
By Maga News 2021-12-29 21:00:06 2 825
Politics
3,500 kids are in hospital, not 100,000': CDC Director Wallensky corrects liberal Justice Sotomayor's wildly false claim that 'over 100,000 children are seriously ill with COVID, many on ventilators'
CDC Director Rochelle Walensky contradicted Supreme Court Justice Sonia Sotomayor's incorrect...
By Maga News 2022-01-09 16:46:15 2 717
Politics
Jen Psaki Says Peter Doocy Sounds Like A “Stupid Son Of A B**ch”
White House Press Secretary Jen Psaki is not exactly professional in her approach to the job. We...
By Eric Thompson 2022-04-16 17:01:36 2 499
Politics
Queen cuts Andrew adrift: Duke of York is stripped of ALL his military titles and royal patronages, will no longer use HRH in official capacity and is told he will have to face sex assault lawsuit as a 'private citizen'
Prince Andrew was today stripped of his military titles, royal patronages and HRH honorific by...
By Maga News 2022-01-13 18:40:30 0 595