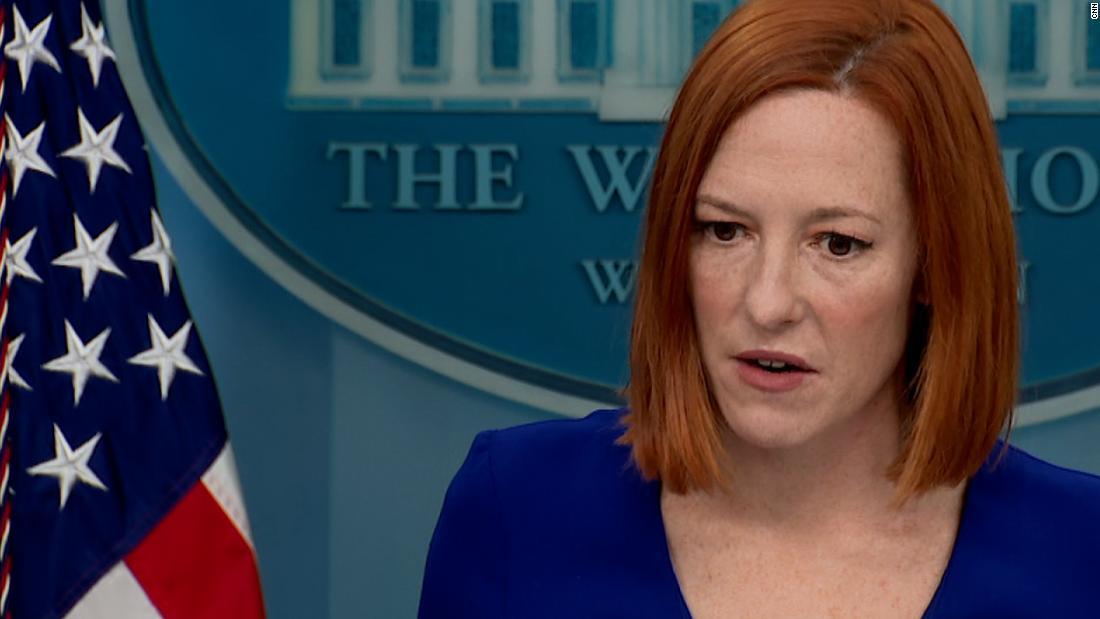 White House Press Secretary Jen Psaki is not exactly professional in her approach to the job. We know that much is true. Let us “circle back” to some of her worst moments before coming full circle to her latest ineptitude — calling perhaps the best White House reporter a vile and disgusting name, or at least insinuating that he sounds as though the name were apt.

Remember the time when she essentially endorsed Terry McAuliffe in the Virginia Gubernatorial elections — violating the Hatch Act as she so did? That was bad, and she was justly penalized for that error.

Remember the time she, in all probability, made a deal to join MSNBC while she was still an employee of the federal government? Well, that just happened, and so far, nothing has come out of that deal.

Cringiest of all, she was involved in perhaps the worst video ever made. And to think, our top Government officials gave this their okay!

But none of this compares to what the Press Secretary just said. Making an appearance on ‘Podsave America’ Psaki said something totally uncalled for. She agreed, Peter Doocy does sound like a ‘stupid SOB’.

“He works for a network that provides people with questions that, nothing personal to any individual including Peter Doocy, but which might make anyone sound like a stupid son of a b****.”

That was completely uncalled for. Even though she did tell a nice story about Peter Doocy afterward, the damage was already done. She already alienated all Fox viewers, and she attacked their reporting as well. This is akin to Trump calling the left wing media the “enemy of the people”. But of course, no one holds Psaki responsible for her clear rhetorical fault.

We have to hold our leaders accountable for their divisive rhetoric. Fox News is an outlet just like any other. They have a slant, but not any more than CNN and certainly less so than MSNBC — a network that Psaki will likely head to in the coming months. She should absolutely apologize for this ‘joke’ of a response.

Most Recent
Top Comments
Processing
Voice note recorded successfully
Record
Recording 00:00
Commenting has been turned off for this post.
Categories
Read More
Politics
A Virginia Teachers' Union Letter Full of Errors Gets Roasted On Social Media
An error-laden letter from a Virginia teachers union calling for more protections against the...
By Maga News 2021-12-31 16:24:04 0 644
Politics
Catholic University Hangs Painting Of George Floyd As Jesus Christ
Catholic University unveiled the painting at the conclusion of Columbus Law School’s Black...
By Maga News 2021-12-30 20:59:13 0 528
Politics
Covid Test Shortage Causes ER Panic in DC
Two things are undoubtedly true in Washington, D.C.: 1. Many people are scared of the omicron...
By Maga News 2021-12-31 19:55:31 0 720
Politics
NYT Editor Gets Booster Shot Dies The Next Day
"A New York Times editor who worked on Pulitzer-winning pandemic coverage has died of a heart...
By Maga News 2021-12-29 21:00:06 2 825
Politics
Jen Psaki Says Peter Doocy Sounds Like A “Stupid Son Of A B**ch”
White House Press Secretary Jen Psaki is not exactly professional in her approach to the job. We...
By Eric Thompson 2022-04-16 17:01:36 2 500